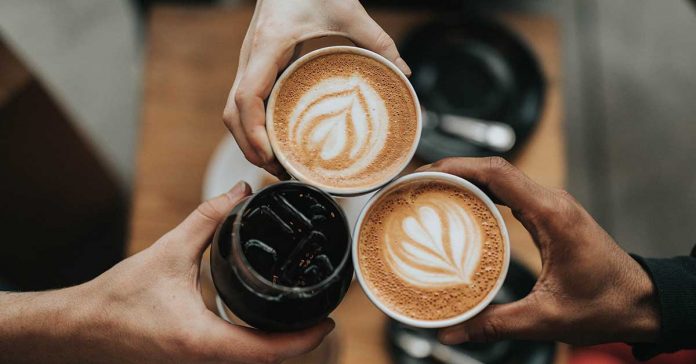 It is said to increase blood pressure and deprive some of them of sleep. On the other hand, it should lower the risk of diabetes and make the blood vessels elastic. What to think of coffee really

In the morning, it awakens the spirits. At noon it banishes the eating coma. In the afternoon, it contributes to a successful visit to a café: coffee. Everyone drinks an average of 160 liters per year. With an average cup size of 150 milliliters, that’s over 1000 cups of coffee per head. The roasted bean contains more than 800 aromatic substances, but only about two kilocalories per 100 milliliters. And it wakes you up. So it’s hardly surprising that so many people love coffee.

So are the people indulging in a vice? Coffee is considered unhealthy. It makes you nervous, makes your heart pound, and is even supposed to shorten life.

Why Coffee Used To Be Considered Unhealthy

That coffee drinkers die earlier is now considered outdated. “In previous studies, no attention was paid to a possible unhealthy lifestyle,”

Coffee drinkers are often also smokers. If this factor is not excluded in a study, it appears that coffee is unhealthy due to smoking. Health risks, for example for cardiovascular diseases, were therefore sometimes wrongly ascribed to coffee. “Today, the results of numerous studies indicate that coffee is associated with a lower overall mortality rate,” explains the expert.

So coffee is healthy after all? Some points are still controversial among scientists, but others are now considered well-proven or refuted.

Contrary to popular belief, coffee is not unhealthy. “At least moderate consumption is more likely to be associated with a generally reduced risk of illness,”

The study results also suggest a preventive effect against cancer of the uterine body and liver cancer. It is also scientifically proven that coffee lowers the risk of diabetes. “This is shown by large observational studies,”. “Caffeine does not seem to be decisive for this effect, since it also occurs in decaffeinated coffee,”. Presumably, other ingredients have a positive effect on blood sugar levels.

People with high blood pressure often wonder whether to avoid coffee. Because caffeine is supposed to increase the pressure in the vessels. But the effect is not too significant: According to the Heart Foundation, the blood pressure rises by around 10 to 20 mm for a maximum of 30 minutes. Therefore, current studies show that blood pressure patients probably do not have an increased risk of suffering a stroke from consuming coffee.

Also Read: Coffee Can Fight Disease And Prolong Life If You Drink It In A Certain Way

How Does Coffee Affect Fluid Balance?

The thesis that coffee is a liquid thief has now also been refuted. It does have a diuretic effect, but this is minor and can be compensated for with sufficient fluid intake by the body. Coffee drinkers are more likely to need to go to the toilet because of the large amount of water they consume per cup.

Does Coffee Hit The Stomach?

Many people also observe in themselves that coffee also affects the stomach and intestines. This again shows how different the effects of the bean can be. The morning coffee increases the blood pressure briefly and stimulates the digestive system. Sensitive people can get stomach pain, however. “Bitter substances in coffee attack the stomach lining,”

Depending on the type of coffee, roasting, and preparation, coffee is more or less digestible in individual cases. Espresso, for example, is considered relatively easy to digest.

How Does Caffeine Work?

It is undisputed that caffeine, one of the numerous ingredients in coffee, wakes you up. The substance attaches to specific molecules on cells, so-called adenosine receptors. Caffeine displaces the body’s messenger substance adenosine, which triggers fatigue, and thus unfolds its stimulating effect. It is also known that caffeine speeds up the heart, triggers the urge to urinate, slightly dilates the bronchi, and promotes concentration. Some people react to wakefulness with sweating, shivering, and are nervous – especially if they have consumed a lot of caffeine. The ingredient only becomes dangerous, sometimes even life-threatening, in larger quantities.

Caffeine Works Differently For Everyone

The encouraging effect usually occurs after 15 to 30 minutes and can last for several hours. How quickly the caffeine is broken down in the body varies from person to person and is influenced, among other things, by genes. In women, the substance sometimes works twice as long as in men. Children, young people, and pregnant women, on the other hand, react differently than older people. The concentration of caffeine in the body tends to drop faster in smokers than in non-smokers. Medications have an impact on how and how long it works. Those who drink coffee regularly get used to it and react less strongly to the caffeine than someone who rarely uses it. “How long, how and how intensively caffeine works in the body varies greatly from person to person,”.

In part, these are the reasons why some people have difficulty sleeping and others don’t. Anyone who sleeps badly anyway should either avoid coffee altogether or drink the last cup in the early afternoon.

The type, preparation, and roasting method also play a significant role in the caffeine content of coffee. “It fluctuates between 40 and 120 milligrams per cup,”. The European food authority EFSA is more specific in a current risk assessment: no more than 200 milligrams of caffeine at once and a maximum of 400 milligrams per day – then coffee is unproblematic for healthy adults. This corresponds to about two cups of filter coffee for breakfast or about four over the day. For pregnant and breastfeeding women, the threshold is a maximum of two cups of coffee a day.

Because coffee works so differently from person to person, it isn’t easy to transfer potential health benefits to the general public. It may help one, but not the other. In addition: “If you live unhealthily, for example because you smoke or drink alcohol a lot, coffee does not make you healthier,”. Perhaps one should see the wonderfully aromatic bean for what it is: a stimulant.

Also Read: Bad For Your Health? Because Of: Filter Coffee Is A Booster For The Body

Freezing Bananas: The Simple Trick To Keep Them Even In Summer

Why You Shouldn’t Apply Makeup If You Wear Masks?

Healthy Naps - August 1, 2020 0
Are masks and makeup compatible? The truth is that the controversy is more than served. It seems that the coronavirus is here to stay...

Coconut & Coffee Oil: The Unknown Benefits Of The Oil For Your Skin

Healthy Naps - August 7, 2020 0
Oils are totally natural products that contain many beneficial properties for the skin, such as antibiotic principles or cellular regenerators. Using these products instead...

Safe Piercings: How To Prevent Complications

Healthy Naps - February 23, 2021 0
Sometimes piercing is more and more complicated. But getting pierced is nonetheless a minor trauma for the body. It is, therefore, better to ask...