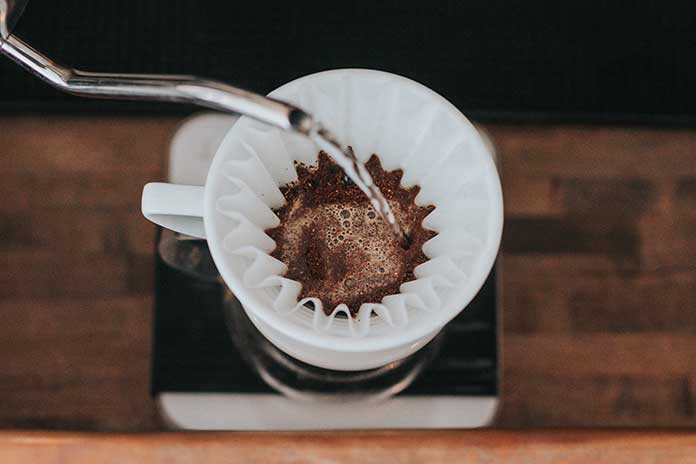 A study on coffee, caffeine, and their effects on health come to a surprising result: filter coffee, which has long had a reputation for being bad for the heart, teeth, and possibly world peace, is a booster for the cell’s body.

It extends life, lowers the cholesterol level, increases tablets’ pain effect, and contains antioxidants that have anti-inflammatory effects, for example. It also protects against certain types of cancer. The study conducted at the University of Singapore was co-authored by none other than the US nutritionist Walter C. Willet, a doctor, an epidemiologist from the Harvard School of Medicine, and director of the nutrition department at the Harvard School of Public Health.

The review article published in the “New England Journal of Medicine” states that the secondary plant substances contained in coffee, such as polyphenols and alkaloids, as well as substances such as magnesium, potassium, and vitamin B3, have a beneficial effect on the metabolism. According to the authors, these substances can positively influence the microbiome in the intestine and sugar and fat metabolism.

Also Read: These Five Oils Will Help You Lose Weight, Thanks To Healthy Fats

This applies at least to filter coffee. For healthy people, it means: If you drink three to five cups of filter coffee a day, you can even lower your heart risk. Therefore, coffee enthusiasts should think carefully about how they are brewing it and how much of it is suitable for their health situation. As a rule, caffeine gets into the blood within 15 minutes and stays in the body for two to four and a half hours. However, this time varies from person to person, depending on the individual metabolism and genes.

Smoking speeds up caffeine metabolism, and pregnancy increases the time the caffeine is circulated in the body. The half-life of caffeine in pregnant women can be up to 15 hours. It is therefore advisable to drink little coffee during pregnancy. The authors recommend a limit of up to 200 milligrams of caffeine. How many cups depend on the type, strength, and many other factors.

Numerous studies have shown that drinking coffee lowers the risk of certain types of cancer such as malignant skin cancer (melanoma), other types of skin cancer, breast and prostate cancer, if only slightly. Caffeine also reduces the risk of liver scarring (fibrosis) and decomposition (cirrhosis).

According to the study, unfiltered coffee, in contrast to its filtered variant, contains harmful substances, so-called diterpenes, which, among other things, increase the level of cholesterol. Experts refer to coffee from a press jug as unfiltered, where a sieve in the coffee jug is pressed down after a brewing time, or Turkish coffee that is poured.

Espresso only contains a moderate amount of harmful substances, either from portafilter machines or the typical Italian Bialetti jugs placed on the stove. The espresso is pressed from below through a metal filter into the upper pitcher.

In particular, the value for the bad LDL cholesterol is negatively influenced by drinking unfiltered coffee. A randomized study showed that six cups a day increased the LDL level by 17.8 milligrams per deciliter than filter coffee. This increases the risk of cardiovascular disease by eleven percent, according to the authors.

So if you limit your consumption of unfiltered coffee and espresso, you could achieve better values ​​for your LDL cholesterol level. This is particularly important for people who suffer from a genetic disorder of lipid metabolism with abnormally high LDL levels. The disease increases the risk of calcification of the heart vessels and heart attack.

Overall, according to the authors, coffee, which humans have drunk for hundreds of years, has a life-prolonging effect due to the phytochemicals in an amount of up to five cups a day. The decisive factor is which type and which dose we take.

Also Read: The Top 10 Healthy Summer Fruits You Have To Consume