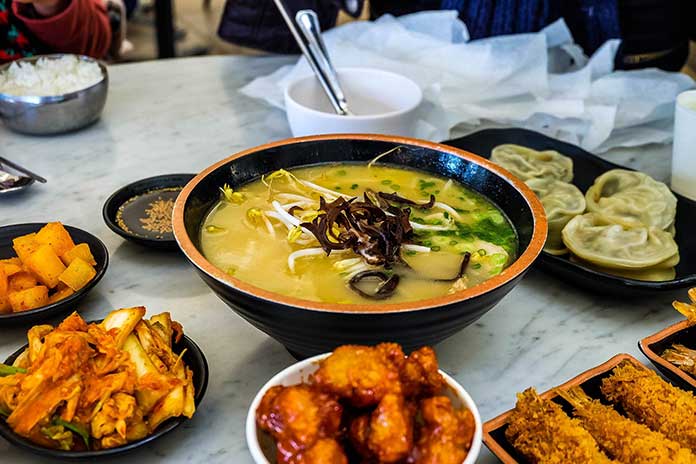 Sometimes we focus too much on the substance and trim on the form: some foods are essential and of great help against hypertension. However, cooking food can cancel the nutritional principles or make them as harmful as those that have always been considered enemies of high blood pressure. It is not enough to add salt to the salad or consume only “healthy” foods. The hidden enemy of cardiovascular health is often a wrong cooking technique.

Frying is to be avoided first, as it promotes overweight and cardiovascular diseases, including hypertension. When frying, the final result is always more fat than the “natural” food due to immersion in a warm lipid environment (butter or oil). This also applies when vegetable fats are used for frying (such as olive oil, which withstands high temperatures without degrading), rather than animal fats, richer in saturated fatty acids. Therefore, it is preferable to steam in the oven or boiling water.

“Who” Are The Allies?

Let’s see what the foods that – in the proper form – help us to live well are:

Cocoa is now recognized as a natural functional food against hypertension, can play a protective effect on the cardiovascular and is valuable to ward off high blood pressure, favoring the expansion of the coronary arteries and lowering cholesterol levels. All benefits are due to flavonoids, antioxidant substances that work by naturally opening blood vessels, in favor of proper blood circulation But, be careful when choosing the type of chocolate!

The greater the presence of cocoa in the chocolate, the greater the presence of flavonoids; it is therefore always preferable to choose a chocolate that contains at least 70% cocoa, as it has a low fat and sugar content. On average, 100 g of dark chocolate contains 50-60 mg of flavonoids; while, we find only about ten mg in a similar quantity of milk chocolate. Furthermore, chocolate contains a certain amount of caffeine, and this component is certainly not an ally for people with hypertension problems. A small square is a luxury that even hypertensive people can indulge in without danger to health. However, it is best not to abuse this rich whim.

The pepper is the leading food in the diet for hypertension. Rich in capsaicin, a substance with vasodilatory properties, chili pepper contributes to the relaxation of blood vessels, thus lowering blood pressure and cholesterol levels. In addition, capsaicin also has anti-inflammatory properties, useful in case of headaches, stimulates the metabolism, in particular by increasing thermogenesis, and therefore the consumption of calories; limits the increase in hunger. By tradition, the consumption of chili peppers has always been advised against for people with gastritis, ulcer, reflux, or stomach acid problems.

However, no scientific study correlates the consumption of hot peppers with these pathologies; indeed, it even seems to carry out a protective action for some diseases. The burning that can be felt is purely “nervous” due to capsaicin, which activates nerve receptors whose “communication” to the brain is that of spiciness and burning. Still, there are no discernible effects on the gastric mucosa. However, further studies are needed to determine the maximum dose limit of chili and its active constituents for their use as gastroprotective agents 3.

But, as a vasodilator, chili pepper is also not recommended in people taking anticoagulant and antiplatelet drugs. Spices and aromatic herbs have always been highly exploited in Mediterranean and Middle Eastern cuisine, not only for their ability to impart flavor, color, and aroma to foods but also their digestive and antimicrobial properties. In this section, the variety of products is wide: from the more traditional flavors like pepper and cinnamon to the more ethnic ones like cardamom, cumin, and ginger; from natural dyes like turmeric and saffron to herbs like basil, mint, thyme, rosemary, and marjoram.

Spices and aromatic herbs are not only formidable allies against hypertension but can be considered “key dietary ingredients” as, thanks to their extraordinary ability to flavor the most varied dishes, they allow to reduce the amount of salt (and sugar) in words, keeping blood pressure levels and body weight under control. Furthermore, their antimicrobial properties have been widely used since ancient times and used as food preservatives. Spices and herbs contain terpenes, anti-inflammatory substances that stimulate the secretion of gastric juice, thus increasing the digestibility of dishes.

But? While some spices and herbs, when consumed in excess, are not free from causing problems, they show such wide-ranging beneficial effects that the adverse effects are minimal 4.

While it is true that – in large quantities – nutmeg is considered toxic and fresh basil can cause headaches, these possibilities are very remote; precisely because of their high flavoring capacities, herbs and spices are generally used in minimal quantities. Garlic and onion have a lot of therapeutic qualities, so they cannot be missing in your diet for hypertension. Garlic works as a vasodilator of capillaries and arteries, helping lower high blood pressure; onions are known for their hypotensive properties and regulating blood sugar, cholesterol, triglycerides, and diuretic properties.

Also Read: 10 Dehydrating Foods: They Help Against Water In The Legs!

But, garlic and onion cannot justify the preparation of a sauce rich in oil or butter (the latter even more harmful) as a culinary “base” for your daily dishes! It is good to use these foods to prepare stewed or baked dishes since – at least for some – they could be too strong or aggressive if eaten raw. Bluefish means omega-3, therefore cardiovascular well-being! The properties of omega-3 polyunsaturated fatty acids are now renowned and associated with preventing cardiovascular diseases. The anti-inflammatory action of this type of fatty acid favors the dilation of the arteries. It, therefore, helps to maintain blood pressure and blood levels of triglycerides and cholesterol in the normal range, thus contributing to the correct functioning of the heart.

Omega-3s are found mainly in fish that live in cold and salty waters, such as mackerel, cod, swordfish, tuna, sardine, and herring. And the fattest fish (such as mackerel and sardines) are the ones that contain the most omega-3s. The recommended fish intake is 3 or 4 servings per week, which in portion equates more or less to a thread, i.e., approximately 125-150 gr. But, pay attention to the preparations! The rich properties of these types of fish lose their value if the food is fried or consumed in salt. Therefore steam or oven cooking is preferred, with an eye to the seasoning.

The dried fruit, low in carbohydrates and rich in potassium, magnesium, and unsaturated fats, is a valuable aid in keeping cholesterol levels and improving blood vessels’ elasticity. It is also an excellent alternative to animal proteins and lends itself to enriching the diet in a very versatile way. The most “popular” varieties are certainly pistachios and walnuts, the latter particularly rich in omega-3s. However, thanks to the wide range available, it is possible to use dried fruit for the most varied preparations, choosing the type that best matches the different dishes. Add the dried fruit you like best to breakfast cereals or as a complement to pasta and soups, salads, and fruit; this diversion will make your dishes more greedy!

But, due to the high caloric intake and poor digestibility of dried fruit, it is advisable not to exceed the doses. The recommended weekly quantity is three up to a maximum of 7 portions of 20-30 gr each. But beware of adding salt! Many times, especially if pre-packaged, dried fruit is found “enriched” with large quantities of salt on the market. Always read the label and nutritional information and prefer natural dried fruit. It is a tasty and quick snack! Grape is a valuable ally to control blood cholesterol, thanks to resveratrol, a powerful antioxidant found in grape skins.

Sweet, refreshing, and palatable, grapes are a fruit full of properties. Its diuretic action is significant, favored by the reduced quantity of sodium and the abundant water and potassium content, able to select the elimination of liquids through the kidneys and therefore regulate blood pressure. But, given its high sugar content, grapes are among the most recommended fruits away from meals because, especially if combined with other foods, they can significantly raise the meal’s glycemic load.

It is much better than consuming it as a mid-morning or mid-afternoon snack, perhaps combined with a modest dose of dried fruit! Despite having a high glycemic index, grapes have low calories, about 81 per 100 grams of fresh food, like many other fruits. However, to enjoy its benefits without health risks, it is good to limit its consumption to 2 or 3 times a week, alternating it regularly with other fruits.