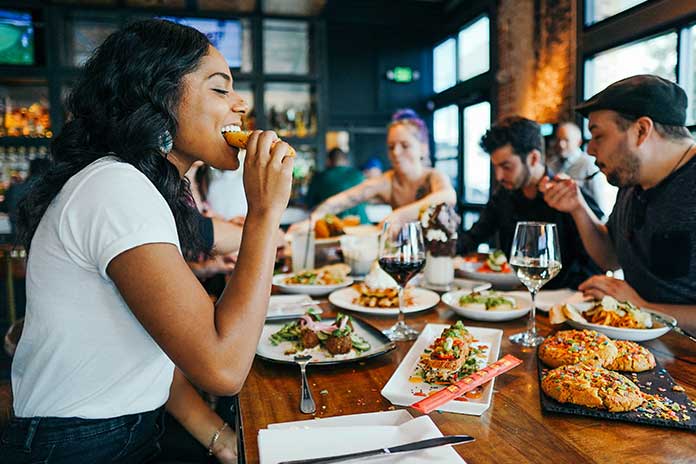 Were you constantly craving unhealthy, greasy food? A recent animal study looked at how specific neurons in the brain affect this seemingly irrepressible craving.

Since many of these snacks and meals are available almost anytime, anywhere, many people find it challenging to resist consistently.

The result: the number of overweight people has increased continuously in recent years.

A dangerous trend because Chronic diseases such as diabetes and cardiovascular diseases resulting from obesity also increase accordingly.

But why do so many people regularly reach for the bites dripping with fat? After all, most people should be aware of the connection between high-calorie meals and severe obesity.

A study on mice carried out by researchers from the Max Planck Society (MPG) may have found an explanation.

In their work published on the specialist portal ‘ Sciencedirect, ‘the scientists focused primarily on the organism’s metabolic processes.

More precisely, they wanted to find out which nerve cells promote eating such unhealthy foods.

For this purpose, the test animals were first fed a fatty diet and then examined.

After just three days of giving the animals this high-fat feed, the researchers were able to determine the increased activity of so-called nociceptin neurons in parts of the brain region of the hypothalamus.

In a subsequent experiment, the scientists removed these neurons from the mice.

The result: the animals no longer overeat on the high-fat feed. On the other hand, the mice ate the average food in an appropriate amount, as before.

In further experiments, the scientists observed genetically modified mice in which the activity of the neurons could be controlled by light.

“The activation of these brain cells led to overeating in the animals,” the study’s first author,

Because this activation inhibits other neurons that regulate the feeling of satiety, as a result, the animals eat more food than they need to be full of.

Of course, it must be noted in the present study that the tests were only carried out on mice and the test results are therefore not transferable one-to-one to humans.

Nevertheless, according to the researchers, this “individual activity of the nociceptin neurons” can provide important insights into the question of why some people only eat as much food as their body needs.

“We’re constantly surrounded by high-fat and high-carb foods, and our brains are wired to favor eating those high-calorie foods,”

If this craving for high-energy food could be stopped, perhaps unwanted excess caloric intake could be better managed as well.

Because to better control the steady increase in obesity diseases and the associated health risk factors, it is first essential to have a fundamental understanding of how the metabolism is regulated.

Also Read: Which Diets Are Environmentally Friendly & At The Same Time Suitable For Your Health?