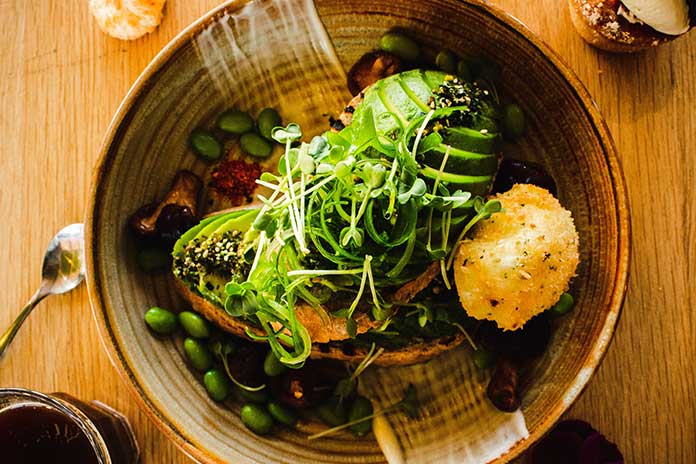 The results of a study provide surprising arguments for a plant-based diet. According to this, a vegan diet improves intestinal flora after just a few weeks, associated with various health benefits.

Since diet in particular influences the bacterial composition in the intestine, researchers in Barcelona took a closer look at veganism in this context.

In a 16-week study, the scientists wanted to investigate the effect of a vegan diet on the composition of the intestinal microbiota to assess the effects in terms of body weight, insulin levels and body fat percentage.

73 participants were committed to a vegan diet for four months, while the second control group of 74 participants remained true to their usual eating habits.

At the end of the study period, the research team was able to identify significant differences in the composition of the intestinal flora of the study participants between those who followed a vegan diet and those who had not changed their eating habits.

In the vegan group, the health-promoting intestinal bacterium Bacteroides had increased by 19.5 percent.

The bacterium is not only an essential building block in fat loss and weight loss but is also known to have a positive effect on insulin levels.

In addition, the concentration of the intestinal bacterium Faecalibacterium prausnitzii had increased by 4.8 percent.

This bacterium also helps with weight loss and mainly affects the dangerous abdominal fat ( visceral fat ) that lies invisibly around the organs.

At best, reducing visceral fat can curb chronic inflammation in the body.

Also Read: What Role Does Diet Play In Losing Weight?

Weight Loss Through A Vegan Diet

Even outside the laboratory, the proven improvements in the intestinal flora were reflected in externally observable facts.

By the end of the study period, the vegan test group had lost an average of 5.8 kilograms. The researchers noticed a fat mass loss in the test subjects, which fortunately also included visceral fat.

The scientists also rated the increased insulin sensitivity among the vegan study participants as positive, significantly reducing the risk of developing diabetes.

According to the present study, a vegan diet is beneficial for losing weight and preventing diabetes.

According to Spanish researchers, one reason for these positive effects could be the increased intake of fiber in a vegan diet: “Eating more fiber is one of the most important dietary recommendations for a healthy intestinal flora.”

In turn, these are the ones that not only serve as vital food for the intestinal mucosa cells and are therefore indispensable for a healthy intestine but also regulate the insulin level and inflammatory processes and fat metabolism.

Also Read: Which Diets Are Environmentally Friendly & At The Same Time Suitable For Your Health?