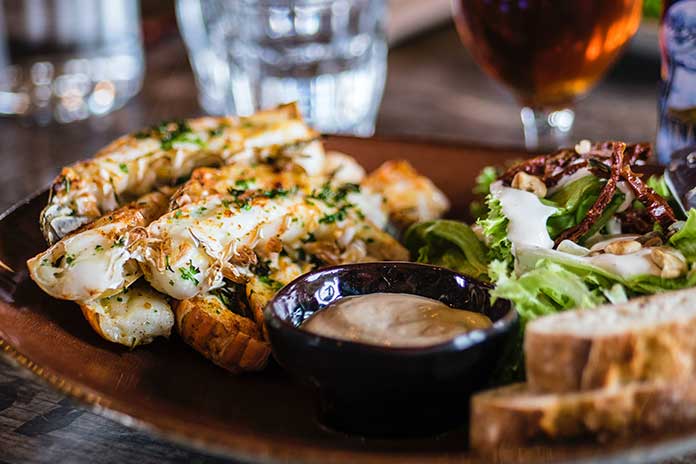 Unprocessed foods – above all organic fruit and vegetables – probably have the property of protecting against cancer in a certain way. As science delves into some of these natural products, more are confirmed as potentially “life-saving treats.”

Mushrooms have strange growths. Not plants, not animals and certainly not vegetables in the botanical sense. They have a mind of their own in the truest sense of the word – and it is precisely those with whiteheads (e.g. mushrooms) that are an effective cancer deterrent in several extensive -scale studies some time ago. According to a brand new and also sensational US study, which was published in March 2021, the small delicacies have the property of being able to slow down even prostate cancer that has already been diagnosed.

Lung cancer is considered the leading cause of cancer-related deaths worldwide. It is also particularly insidious because it often spreads uncontrolled to other sites such as the brain, bone or liver. In 2019, US researchers made an observation that could mean a “breakthrough in cancer treatment”: The capsaicin contained in the chili peppers effectively prevented lung cancer cells from infecting healthy body cells. The experiments were performed on laboratory-grown human and lung cancer cells, making the findings particularly promising. Another reason for fans of the “hot” kitchen to buy boldly. However, those who do not tolerate spicy foods well should not overcome themselves, the study’s authors also emphasize.

Leeks, onions, and garlic are essentially the same food family, so they share unique properties that protect against cancer. A somewhat older study with 543,220 participants showed that those who ate a lot of so-called allium vegetables such as garlic, onions, leeks and shallots were significantly less likely to develop stomach cancer. According to another study, just two to five grams of garlic per day are enough for men to reduce the risk of prostate cancer. In 2017, Canadian researchers also discovered that the flavonoid quercetin, mainly found in red onions, literally destroys colon and breast cancer cells.

There are supposed to be people who like to sprinkle a pinch of cinnamon in their coffee. Good idea! The essential oil cinnamaldehyde, which is found in the feel-good spice, showed excellent properties in several test-tube studies: on the one hand, it can stop tumor growth; on the other hand, the substance seems to be specifically aimed at head and neck cancer cells. While more scientific research is needed, cinnamon is currently considered one of the more interesting (and most importantly, the most fragrant) candidates in cancer research.

Tomatoes – Fruity Jacks Of All Trades

Tomatoes are turning out to be more and more true health miracles: they regenerate (ex)smokers ‘ lungs, get tired sperm on their toes and, by the way, send all kinds of cancer into the desert. Best of all, almost everyone loves tomatoes, and even children get wide-eyed at the sight of pasta with tomato sauce. The miracle compound that can do all this is called lycopene and even occurs in higher concentrations in gently processed forms such as tomato paste or canned tomatoes. Countless studies have impressively demonstrated the connection between tomato love and cancer protection. At this point, the most recent investigation of 2020quoted: Researchers at Loma Linda University (California) found that men who consumed tomatoes five times a week were a third less likely to develop prostate cancer than those who hated tomatoes.

Don’t Be Stingy With Olive Oil!

In all countries where olive oil is consumed daily, the cancer rate (especially colorectal cancer) is noticeably lower according to previous studies. A context? A much-cited analysis of 19 studies comes to the unequivocal conclusion: yes, olive oil protects against colon cancer, but also breast cancer. Why? The substance contained in olive oil called oleocanthal has a highly toxic effect on all cancer cells.

Also Read: Nutrition For Healthy And Smooth Skin: You Should Eat These Foods!