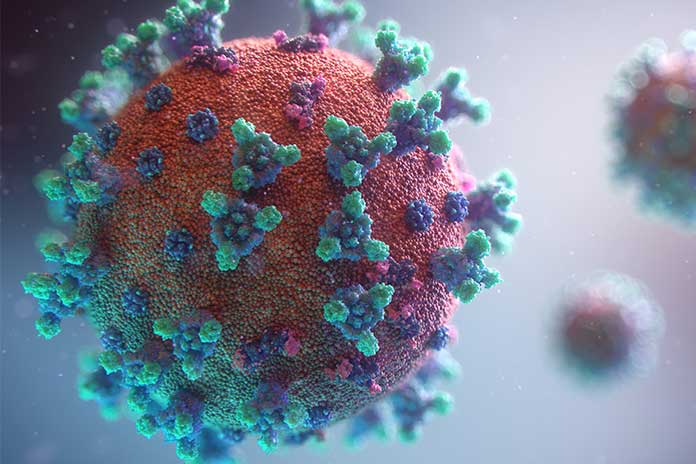 This is not due to problems with the vaccination

Despite a complete vaccination, more and more people are dying from the delta variant of the coronavirus. As the British health authority Public Health England recently reported, 117 people infected with the Delta variant succumbed to their Covid-19 disease – 50 of them were already double vaccinated. These numbers have meanwhile become well known in the media. The problem is most likely not the vaccinations, but a statistical effect, explains the science journalist Lars Fischer in the magazine “Spektrum.”

It has long been known that there is a residual risk of contracting the coronavirus despite vaccinations. Clinical studies have shown that the vaccine from Biontech and Pfizer, for example, provides 95 percent protection against the virus. Reflections on the active ingredient from the US manufacturer Moderna came to roughly the same result. What the vaccination also does: It usually prevents severe disease and thus death. However, as Fischer writes, this is only partially true because previous studies have only incompletely recorded the most vulnerable groups.

According to the science journalist, there are many indications that vaccination does not protect the very vulnerable groups – people with a weakened immune system or ancient age – from hospitalization or death as well as other people. Because fewer people die from the vaccination, but not nobody at all. According to Fischer, it is not yet possible to say whether the delta variant may have an additional influence on this proportion due to a lack of data. However, it is discussed that it could potentially increase mortality.

Also Read: How Does The Coronavirus Affect Children? What Symptoms Are Being Detected In The Children?

Young people without previous illnesses, on the other hand, have a shallow risk of dying from Covid 19 disease, even if they have not been vaccinated. In a study that appeared in the European Journal of Epidemiology in December, researchers concluded that the mortality rate for all infections in 25-year-olds is 0.01 percent. For comparison: for people over the age of 85, it is around 15 percent.

In most countries, the vaccination campaigns are therefore designed so that those who are particularly at risk come first. Suppose you take these two factors together – the higher vaccination rate and the higher mortality rate of the endangered groups -, says Fischer. In that case, the low residual risk has enormous effects despite the vaccination.

The science journalist does the math: If the vaccination were to reduce mortality in people who are 85 years old by a hypothetical 95 percent, with the figures mentioned, they would still have 50 times higher risk of dying from Covid-19 than a 25 -Year-old who has not yet received protection. In addition, as I said, older people and those with previous illnesses are less protected by the vaccination than one would expect based on the study data, which recorded average values.

The more people have received both syringes, the higher the proportion of those who die of corona despite having been vaccinated. This may sound like a paradox at first glance, but it is only logical. Fischer explains: The risk group is primarily vaccinated, a residual risk of becoming infected remains, some die despite being vaccinated. In contrast, many are still unvaccinated but relatively young and have a significantly lower risk of death. This group makes up the most significant part of the infected, but they have little effect on the death rate.

Also Read: Coronavirus: Tips For Care And Time At Home

Wearing Dresses In Winter Too: The Best Styling Tips

Healthy Naps - June 8, 2022 0
Does the dreary weather hit you in the mood? We have a styling recipe for that: playful dresses! All you need to make the...

Healthy Naps - September 22, 2021 0
How do I clean my glasses properly? What helps if it steams up? What to do if there are scratches? We clarify ten important...

How To Boost The Volume Of Fine Hair?

Healthy Naps - May 19, 2021 0
To keep your bun in shape or to keep your blow-dry more than a morning, give density to your fine hair. Volumizing or texturizing...

Healthy Naps - May 19, 2021 0
Waxing your legs or armpits is already a painful step for you, so what about the face, a sensitive area par excellence! All our...