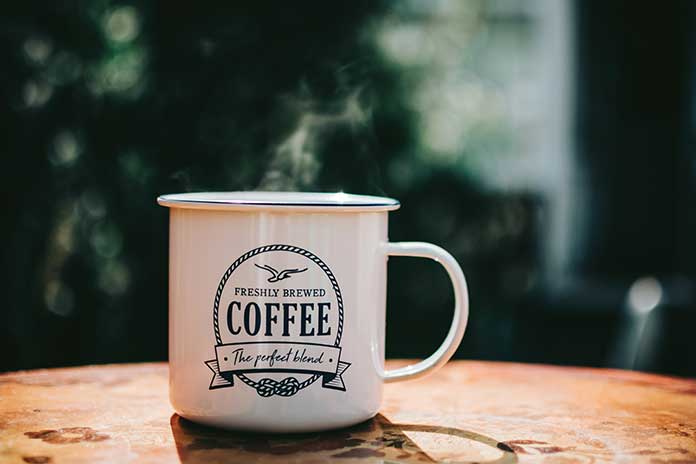 Does coffee make you fat or lose weight? Is the drink present every day in the routine of millions of people affecting their fitness?

Does Coffee Make You Fat Or Lose Weight?

What defines if your coffee is fattening is how you consume it, how the drink is prepared, and what quantity it is finished with. For example, pure coffee, prepared without sugar, has a measly 2.2 calories in each serving of a 50 ml cup. According to a food engineer, the same serving of soluble coffee contains two calories.

A pretty small number, isn’t it? So, if consumed in moderation, the pure drink doesn’t make that much difference in the waist.

If sugar is added to black and pure coffee, the drink has 35 calories. See that the calories increase tremendously with the addition of sugar, although it does not have such an extreme value. And we’re just talking about pure coffee with sugar. We know many more elaborate (and caloric) ways to prepare coffee.

Also Read: Coffee Can Fight Disease And Prolong Life If You Drink It In A Certain Way

The Most Enhanced Drinks With Coffee

If we are talking about more enhanced drinks, including coffee, the caloric value is much higher. To give you an idea, a 75 ml cup of cappuccino can have 72 calories.

A cappuccino is enhanced with chocolate ice cream, whole milk, dulce de leche, ice, chocolate syrup, whipped cream, and chocolate sprinkles; we have a drink with approximately 652 calories per 350 ml.

An espresso drink like white chocolate mocha coffee packs approximately 338 calories per 400ml serving, not counting the addition of cream like whipped cream. At the same time, an iced caramel macchiato contains about 194.5 calories in a 400 ml glass.

It is worth noting that these last three drinks are presented in more significant portions because their consumption usually occurs in this way and not in smaller cups of 50 ml to 100 ml.

However, when we try to understand if coffee makes you fat, we can’t just focus on calories. This is because, even if a person restricts their consumption to low-calorie coffee, they do it exaggeratedly, and they may have losses in maintaining their ideal weight.

We know that coffee is composed of caffeine. When this substance is consumed exaggeratedly, the body can suffer undesirable side effects such as anxiety and difficulty sleeping.

The Harvard University School of Public Health explains that in addition to disrupting energy and productivity, poor sleep is also associated with increased waist size.

According to the publication, women who sleep less than seven hours a night have a greater risk of experiencing significant weight gain than those who sleep at least seven hours each night.

When Coffee Loses Weight – The Acceleration Of Metabolism And Fat Burning

Coffee is made up of caffeine, a substance that stimulates the central nervous system, which sends direct signals to fat cells to break down fat. In addition, caffeine increases blood levels of a hormone known as adrenaline.

This hormone travels through the blood to the fat cells and transmits signals for the fats to be broken down and released into the blood, where they are available for use as free fatty acids.

Several studies have also shown that caffeine can increase the metabolic rate by 3% to 11%, with larger doses having a more significant effect. The higher a person’s metabolic rate, the easier it is to lose weight.

However, the increase is not the same for all people – one study linked caffeine to a 29% increase in fat burning in lean people, while the increase in obese individuals was 11%. The effect also appears to decrease with age and be more pronounced in younger people.