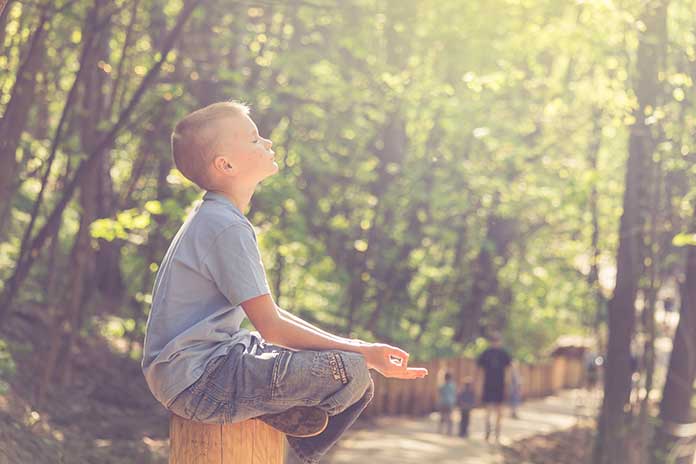 Vitamin D is an essential vitamin for the normal functioning of human metabolism. It is one of the 24 micronutrients necessary for survival, including calcium, magnesium, phosphorus, etc. It is a fat-soluble vitamin that can be stored in the body.

It is present in certain foods such as eggs or fish and plants in the form of vitamin D2 or ergocalciferol. However, the body and the skin, in particular, can synthesize a large amount of vitamin D from cholesterol, provided they are exposed to UV radiation from the sun.

Still, the daily amount of vitamin D required has been debated for years within the scientific community. For example, in the United States, the recommended amount of vitamin D would be 400 to 800 IU (International Units), but it has been assumed to be too low for a very long time. The suggested figure of 400 IU is based on reducing the risk of rickets in children, but it is considered insufficient in adults.

Thus, in North America, the highest dosage considered safe would be 4000 IU/day. In this regard, moderate supplementation varies between 1000 and 2000 IU per day of vitamin D3 for a general population.

The blood vitamin D level can only be evaluated from a blood test if a medically justified reason requires it.

The number of metabolic processes activated by vitamin D is impressive, as are the genes in our genome that it starts or modifies (more than 700 of them). It would act not only on the fixation of calcium and phosphorus but also on cardiovascular health, the normal functioning of muscles, the quality of sleep, the nervous system, hypertrophy and neuromuscular adaptation, the risk of mental illnesses (Parkinson’s, Alzheimer’s… ), depression, cognition and learning, enzymatic interactions, cellular sensitivity to insulin and many other physiological mechanisms…

Vitamin D, What Is It Exactly? What Is Its Role In The Body?

Discovered shortly after vitamins A, B, and C, vitamin D logically took the fourth letter of the alphabet. Discovered in cod liver oil, vitamin D was considered the active element against rickets.

However, vitamin D refers to a group of molecules allowing the essential presence of 25-hydroxyvitamin D in the blood (circulating vitamin) and, by extension, 1,25-dihydroxy vitamin D, the active hormone. The 7-dehydro-cholesterol obtained through food will be synthesized through UV rays on the skin to achieve this. It will then be transformed into a circulating vitamin by the liver. Indeed, vitamin D should instead be considered a hormone, from the moment it is activated, rather than a vitamin, given that it is derived from cholesterol at the source.

As for its effects on the human body, vitamin D is mainly known for its role in binding calcium and phosphorus. However, it is at the heart of many other bodily functions, as we will see.

In children, vitamin D is essential for bone growth, while in adults, it participates in the standard fixation of calcium in bones and teeth. In the elderly, vitamin D is the most important as it will reduce the risk of osteoporosis, i.e., a loss of calcium and bone density.

The relationship between vitamin D deficiency and loss of bone mineral density has been proven by numerous observational scientific studies, including the risk of fractures.

A vitamin D supplement (between 10 to 20 µg per day) associated with calcium intake or without this mineral would also make it possible to regain average bone density in subjects aged over 55 and reduce the risk of fracture.

Vitamin D Is Closely Associated With Muscle Strength And Metabolism

Obviously and demonstrated by scientific research, vitamin D is an essential micronutrient for the normal functioning of muscle mass.

Clinical studies have linked vitamin D levels to muscle strength, especially in the elderly. In other words, an average level of cholecalciferol would be related to the maintenance and development of power in humans.

This information will undoubtedly be of interest to bodybuilders and all athletes involved in practicing a sport of strength or endurance. Vitamin D would act on specific receptors of the cell membranes of our muscle fibers by mechanisms that we have not yet completely elucidated. However, animal experiments have shown that vitamin D deficiency directly impacts the neuromuscular system, reducing muscle performance.

These direct and indirect implications of a vitamin D deficiency on the nervous and muscular systems would imply an impairment of skeletal muscle hypertrophy following intense physical training. On the other hand, cholecalciferol facilitates physical recovery in the post-exercise period. This also explains why strength (or endurance) athletes should be susceptible to their nutritional intake of vitamin D.

We should add that an average cholecalciferol level is inversely linked to insulin resistance in non-diabetics. In other words, this vitamin is also associated with glucose metabolism. Cardiovascular health is also closely related to an average level of vitamin D. This is information to consider, both for athletes and sedentary people.

In general, too low a vitamin D level would be linked to an increase in most of the significant causes of mortality. In other words, this essential vitamin would be indirectly associated with the longevity of human beings through a general effect of promoting organic vitality by boosting the organism’s normal functioning.

Overall, one of the essential dietary supplements that you should never neglect (especially in the absence of sunlight) would be vitamin D. A reasonable cholecalciferol supplementation would then be based on an intake of 1000 to 2000 IU per day, knowing that the highest limit of daily tolerance is established at 10,000 IU per day, according to a generally accepted scientific consensus.

Also Read: Can I Take Vitamin D And Calcium To Prevent Osteoporosis?