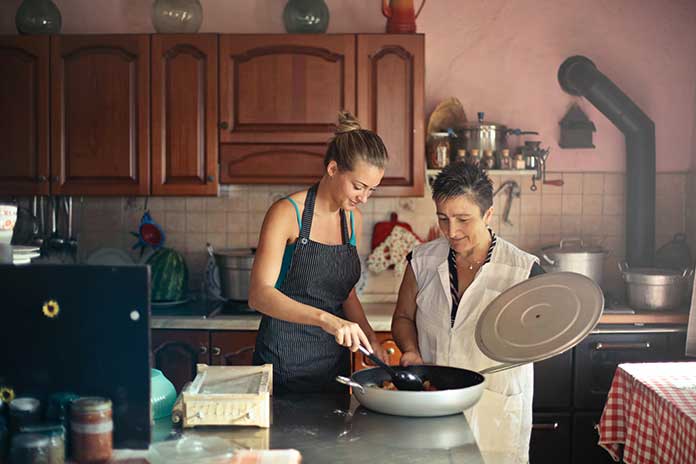 Even with many trials, cooking well is a matter of experience and consistency. But several tricks, shortcuts, and remedies can be helpful, sometimes simple and sometimes ingenious, to reduce the risk of making a dish go bad and facilitate the life of the cook, even the less experienced one.

The Best Cooking Tricks For Pasta

Let’s start with the pasta: the salt should never be put before the water boils, and then it will boil again, so you have to throw the pasta into it. Never blindly trust the cooking times shown on the package because they are those for cooking al dente and with restaurant stoves while, however powerful, the house fire does not reach the same temperature. Hence, it is always better to leave it for at least a few more minutes.

If, on the other hand, the pasta is put in a pan with its sauce, then it must be drained al dente or even a minute before (depending on the format). The short pasta generally takes less and less time than the long one, unless they are particular shapes such as farfalle that must be well cooked in the center and not only on the sides. When pouring, it is always better to use a skimmer for the short pasta and a fork for the long one to retain a bit of cooking water helpful in mixing it with the sauce. And when cooking fresh pasta, just put a spoonful of oil in the pot to prevent it from sticking.

Also Read: Meatloaf With Vegetables: The Alternative To Meat

All The Tricks For Meat And Fish

Cooking meat also has its rules and tricks. For the heart to remain soft, especially in roasts, it must be immediately put on the heat at maximum so that the juices inside are sealed and browned well. Then you can lower the heat and continue cooking. The same trick applies to the boiled meat immersed in the boiling pot to lock all the juices inside. All red meats after cooking should be left to rest for at least 5-10 minutes (depending on the size and cooking time) before being served and should not be salted unless they are cooked so as not to let the water out. Contain. To not curl the slice of meat made in a pan or on the grill, cutting it with a knife in at least two or three points towards its edge will be sufficient. It can also be beaten, provided you cover it with a cling film sheet before passing over the meat tenderizer.

Boiled fish is undoubtedly helpful in any diet, but the risk when cooking it is to unpack, especially if it is not a whole piece but filets or steaks. The best trick is to wrap it in a thin gauze net to hold the meat together. In any case, all fish require short cooking unless they are large pieces and to be cooked in foil or salted. So to emasculate the skin from breaking while it boils, rub the fish with half a lemon. In addition, freshwater fish should be immersed in warm, salty water, and sea fish in strictly cold water. Soften octopuses and cuttlefish before cooking so they do not remain hard. They must be placed in a dish covered with coarse salt for at least an hour. Then rinse and cook them. In addition, a cork is added to the cooking water of the octopuses during cooking.

The Trick To Perfect Fries

How can you always have crispy fried potatoes? To obtain an optimal result, choose non-new potatoes because they contain more water, and fry them several times: the first at a low temperature and longer to be sure that they are perfectly cooked inside. In contrast, the second and third frying will make the ‘external. The first time the oil must be at least 150 °, and the potatoes (if they are not already frozen, must be perfectly dry. After the first passage, filter the oil and bring it to a temperature of 160 °, refraining them for at least 4-5 minutes.

A hot topic in the kitchen is eggs, for which there are great tricks. To check if an egg is fresh, it should be placed in a bowl with water: if it floats, it means that it is old, while if it goes to the bottom, it has a few days. Before using the eggs in the kitchen, they must be removed from the refrigerator and left to rest at room temperature for at least half an hour to prevent the shell from cracking when boiled. Add a couple of tablespoons of white vinegar to the water. Finally, when preparing the omelet, do not beat the eggs excessively to prevent foam from forming and making it heavier.

Some Flash Tricks In The Kitchen

And now some scattered, easy, and handy cooking tricks:

Also Read: Diet Juice – How To Prepare And Take It Right

What Is Asparagus And Its Benefits

Good Carbohydrates: These Are Allowed When Losing Weight