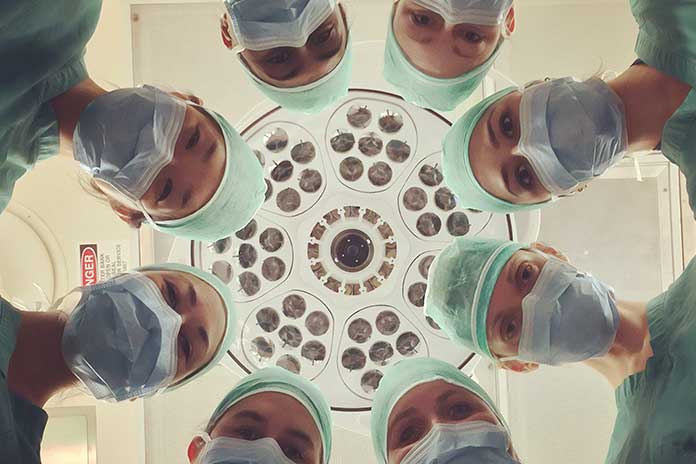 Resorting to cosmetic surgery should be a carefully considered decision; analyzing your motivations, not acting under pressure, and having realistic goals to avoid disappointment on arrival are some rules to follow. The first consultation with a doctor will allow you to think more objectively about the merits of your request.

The National Council of the Order of Physicians or the Councils of the Departmental Order is the only one authorized to communicate the surgeons’ list holding qualifications in plastic, reconstructive or aesthetic surgery. Also, trust word of mouth; good surgeons quickly acquire an excellent reputation.

A Surgical Act in its own right

Like any surgical act, cosmetic surgery is not done lightly. Anesthetic risks, surgical risks, pain, scars are all parameters to be taken into account before making any decision.

A prosthesis is placed in each breast, in front of or behind the muscle. This prosthesis is made of a solid silicone envelope. The operation lasts about 2 hours, under general anesthesia; the hospitalization of 24 to 48 hours. The scar will usually be in the armpit (under the arm). This operation can be combined with a process for ptosis (fall of the breasts).

In this case, a scar on the breasts is inevitable. Because three incisions are necessary during the intervention on each breast, this intervention is often associated with prostheses’ installation in tiny breasts.

The surgeon removes excess fat and skin, then reshapes the breast around the mammary gland. The operation lasts 2 hours, under general anesthesia; hospitalization from 24 to 48 hours.

Liposuction reduces fatty localized excesses (lypoméries), especially on the hips, the abdomen, the saddlebags, the inside of the knees, the inner face and back of the thighs, and in some cases, the calves and ankles. Cannulas are introduced through small incisions in the skin through which the fat is sucked. The operation is performed either under local, general or epidural anesthesia. Liposuction does not remove cellulite and does not replace a slimming diet.

There are different types of facelift. The cervicofacial lifting is the most “complete.” It aims to correct sagging facial tissues (cheeks, jowls, facial contour, and neck) and reduce wrinkles.

After an incision in the scalp and around the ear, the skin is peeled off and then slightly tightened on the face and neck; excess fat can be removed.

The intervention can be carried out under general anesthesia or neuroleptanalgesia and lasts from 2h30 to 3 hours. Although successful, it allows the patient to appear ten years younger; they can have 2 to 3 facelifts in their lifetime.

The scars are placed around the areola and on the lower part of the breast, more or less visible depending on the skin’s elasticity and the volume removed. As before, they are inevitable.

In some cases, this intervention may be covered by Social Security.

The surgeon practices a reduction of the excess skin of the upper eyelid and possibly fatty pockets. This intervention, which makes it possible to relax the eyes, can be carried out alone or at the same time as another intervention (lifting, surgery of the lower eyelids, peeling.). The operation lasts a little over an hour, under local or general anesthesia or neuroleptanalgesia.

The rhinoplasty to change the shape and size of the nose by reducing a “hump”, by refining the tip, by narrowing the nostrils. The shape of the new nose is chosen using photo simulation to be as harmonious as possible with the rest of the face. After the operation, the nose is plastered for 8-10 days to keep its new shape. Rhinoplasty is sometimes combined with genioplasty (chin operation) to rebalance the profile.

Also Read: How To Remove Blackheads From Your Face?

Anti-Pollution: The Environment Is So Bad For Our Hair (And This Is How You...

Healthy Naps - July 15, 2021 0
From car exhaust to smoking industrial chimneys: the air we breathe is getting dirtier, especially in big cities. This harms not only the environment...

5 Foods To Get A Beautiful Skin

Healthy Naps - February 22, 2021 0
It's no secret that our food is the basis of our general health. And the contents of our plate also play a crucial role...

How Often Should You Wash Your Hair?

9 Makeup Tricks That Will Take Years Off Your Face

Healthy Naps - August 13, 2020 0
No one can stop the passing of the years, it is inevitable. But what we can do is hide the traces that those years...

Waxing: Those Hairs That You Shouldn’t Remove

Healthy Naps - April 17, 2021 0
On the face, on the body, on a mole. The temptation to depilate hair considered unwanted is strong but sometimes not recommended. We take...